SEYYIDE has performed since 1999 at the most prestigious MA area Middle Eastern clubs (Red Fez, Byblos, Layaleena, Awtar, Sahara, Athenian Corner, Black Olive, among others). She has also appeared at numerous fundraisers and cultural events. Former member of the Arabian Dance Company  in Buenos Aires (2000), she performed with them at the staged show "Infinito". Former member of "Collage International Dance Ensemble" (folk dance with emphasis on Turkish folk dance, 2001), she performed at the staged show "Eastern Tides", at NEFFA, and many, many more events. She has also produced, directed, choreographed and danced at her own oriental dance staged shows: “Eastern Journey” (2004), "Dancing Fire" (2003) and "An Oasis in your Eyes" (2002). She has participated in other theatrical productions such as the 2003 New England tour with the play “ReOrientalism” produced by the Center for Cultural Exchange in Maine, as well as in shows produced by other dancers, and a brief appearance together with Karim Nagi Mohammed as guest artists at the “Bellydance Superstars” Boston show (2003).

In 2017 and 2018, Seyyide received grants from the Local Cultural Council (Arlington Cultural Council) to put theatrical belly dance performances on stage, producing, directing, choreographing and performing the shows "Helwa: From Cairo to Boston" (2017) and "Dreaming of Arabia" (2018).

SEYYIDE learned her art from many distinguished teachers, and traveled to different points of the US to take classes with many of the best Egyptian teachers when they were available; among them: Raqia Hassan, Faten Salama, Yousry Sharif, Mahmoud Reda, to mention a few that she was exposed to repeatedly, as well as many others like Dina, Randa, Aida Nour, Farida Fahmy, Khaled Mahmoud, Mohamed Shahin. Another big influence was from her teachers while in Argentina (year 2000), the internationally famous Amir Thaleb and Saida.

SEYYIDE became faculty Belly Dance teacher at the Cambridge Center for Adult Education in 2001 (until 2007), and since 2001 has been teaching regular group and private oriental dance (belly dance) classes for students of many levels, in the Boston area.

In 2001, SEYYIDE founded her award-winning troupe "SARAB", integrated by her students, which she directs and choreographs for. The troupe has been active from 2001 to 2006, and again from 2015 until now.

SEYYIDE has studied other disciplines that add some deeper layers to her performance skills. She studied Drama  between 1980 and 1983 and pursued a formal education in piano and music theory between 1974 and 1981. She is also knowledgeable and quite adept to the practice of yoga. Her passion and interest in dance come from much earlier. In her childhood and teens, she was a Ballet student and finished her studies to obtain a Professor diploma. She practiced ballet and performed in her town dance ensemble for about ten years. She also studied Argentine tango at home and here in Boston, since 1995, and she was a tango teacher at the Brookline Center for Adult Education between 1998 and 2000. 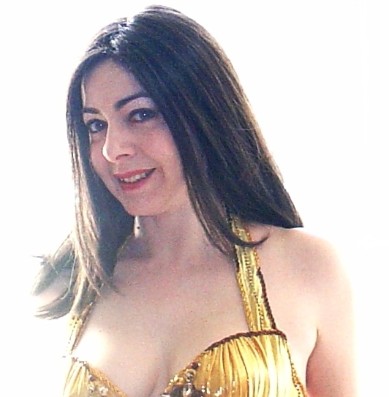